Social media has revolutionized the world in ways that were inconceivable decades ago. Regrettably, not always in a good way.

In The Know  Scribblers  Spotlight Social media has revolutionized the world in ways that were inconceivable decades ago. Regrettably, not always in a good way. It has allowed some people to perform deceptive acts that make them feel good one way or another. In this article, I will enumerate and explain three such acts.

Imagine that a recent tragedy has happened somewhere in the world. Maybe a natural disaster hit a city, or an attack happened that left a lot of people injured or worse. You look at your social media feed and it is awash with posts and memes of “Pray for ___.” and “I stand with ___.” Any decent human being would feel the strong urge to like and share such posts.

But that’s just the problem.

Thoughts, prayers, likes, and shares amount to nothing without the physical, real-world action to back them up. And to be clear, I am not questioning whether positive thoughts, intentions, and prayers have value. I am pointing out that people who do only these things and nothing more chose the actions that do not require them to get off their chairs. It is activism for slackers, hence the term slacktivism. An example of this is the millions of people who shared and liked the Kony 2012 video a few years back without doing any actual contribution beyond that.

A more malicious variation of slacktivism is what I call egotistical slacktivsm, which is what you get when you mix narcissism with laziness. In this case, people still commit the same lazy acts of liking and sharing, but out of a deep desire to be praised for doing so, not out of genuine sympathy for the victims. Forget about the victims of the tragedy. The only one who benefits is the ego of the slacktivist.

What happens is a person creates a fake persona online who is supposedly afflicted with a sickness. Using the fake persona, the person then constantly updates an online community about his/her illness in order to get sympathy he/she can’t get in the real world. The hoax can go on for days, months, weeks, maybe even years. And it can be done very well, considering how easy it is to get details online about any illness.

The fallout from these hoaxes, once unravelled, can shatter entire online communities, as was proven by the Kaycee Nicole incident from way back in 2001. Some feel that they can never trust anyone online again. The point—and problem—is that people fake something online to get real sympathy. It’s despicable in the real world, and doing it online doesn’t make it any less despicable.

Let me just say it. We live in a competitive world and we want to be praised for our achievements, hence, we post them online. Some people would praise us for it, others would condemn us for it. The latter would call it bragging.

But in the past few years, there are people who have tried to get praise for the achievements online without looking like they’re bragging. In other words, they pretend to be humble, but in the midst of their self-effacing stories, a not-so-subtle line or image about their achievement somehow made it in their post.

This is my opinion, but I’ll say it anyway: arrogance passing itself off as humility is even worse than actual arrogance. Because pretentiousness makes it worse.

Deceptive acts are so much easier to do in social media. But when people already wisen up to liars, only two things can be said, both of which I can’t better say than in their original Filipino phrasing:

To the one falling for these acts: “Walang maloloko kung walang magpapaloko.”

To the one committing these acts: “Sino ang niloloko mo?” 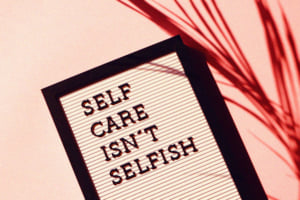 World Mental Health Day is celebrated every 10th of October. How does one cope up with a messy state of mind? Let us help you find ways! 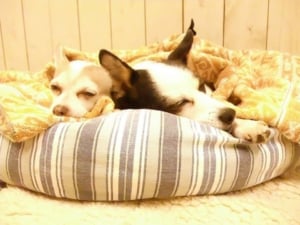 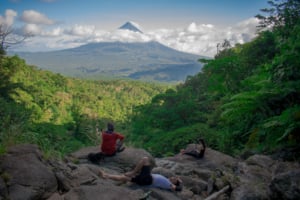 Time For A Heightened Adventure

Are you also interested in hiking mountains, exploring historical sites, or trying out the local cuisine? We can suggest new places to travel to!